Meet your Creatures of Habit

Ever wondered what makes some people more creative, inventive or mentally agile than others?

We all have thinking biases. Many are built into our very nature, many are learned through experiences. They all have a good reason for existing but the more we repeat thoughts and actions, biases turn into habits and before you know it, it’s incredibly difficult to think in other ways.

The only way to overcome thinking habits that might be holding you back is to face up to them. So with no further ado, please let me introduce you to your Creatures of Habit… 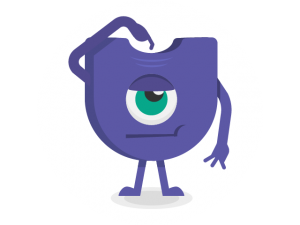 Its job is the automation of the repetitive. It’s there for you when you need to quickly recall everyday actions and behaviours without wasting mental effort. Routine very much prefers to stick in the comfort zone of what it does best.

Routine wants to turn you into a specialist, honing your skills to ensure you become increasingly proficient at more tightly defined and manageable processes. You are what you repeat!

In neuroscience terms, we have an ‘observational selection bias’, where we notice things we’ve done before more often and it’s easier to work with things in which we are already familiar. This can limit your ability to draw upon and connect new sources of information. As soon as you restrict your pool of knowledge you turn a blind eye to innovation opportunities.

Routine regularly puts your decision making on auto-pilot based on the accumulation of past experiences. This is great when things stay the same but not so helpful when directions change. When change is required or a new opportunity presents itself, you will find you can only connect your existing knowledge and experience. That can mean you aren’t fully equipped to see new solutions when opportunities arise. 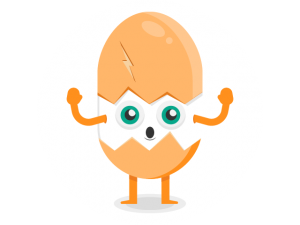 Your brain’s inbuilt resistance to change. Protection loves to keep the status quo.

When a certain way of doing things becomes established, any attempt to change it can result in conflict and wasted energy. It’s the job of Protection to resist new ideas and methods that might take more effort than usual, especially when there are unknown consequences. In neuroscience terms, this is known as the ‘status-quo bias’, where we tend to be apprehensive of change, leading to choices that ensure things remain the same as possible. This ultimately leads to a sense of complacency, which can prevent you from looking for any improvements or innovations.

Protection always perceives change as difficult and will avoid it as far as possible. If something has worked before, it is easier to repeat it without having to think afresh. This is known as ‘conservatism bias’, where previous evidence is favoured over new possibilities.

Once we find something that works, we tend to stick with it, unless we stumble upon a better way. Protection prevents us from proactively going on the lookout. Nothing ever stands still and just because something has been done before, it doesn’t mean it’s the best way. However, Protection believes if it ain’t broke, don’t fix it and will turn a blind eye to any potential benefits if change is considered too much hassle. Quite often, Protection would have built up a close emotional connection to its existing ideas. Breaking that bond can be very tough.

At best, Protection will stop you from questioning what changes can be made and seeking out alternative options. At worst, it will blind you from facing up to the truth when things start to go wrong. 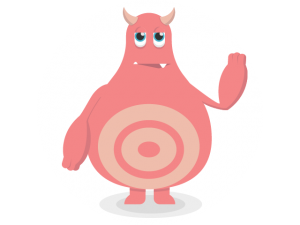 The express lane of your brain. Obvious likes to find an answer quickly then move on.

Obvious prides itself on quickly spotting what is needed and to get it implemented without too much deliberation. It is always after the swift gratification of a workable idea and doesn’t like to exercise its thinking muscles unnecessarily. In neuroscience terms this is ‘salience’, a thinking bias where most focus is placed on the most easily recognisable things.

Obvious likes nothing better than a pat on the back and to move on without really expending much extra effort. It’s the soft touch that mollycoddles you and prevents you from stretching for more creative alternatives.

This makes Obvious a bit lazy as it is always on the look out for the path of least resistance where quick answers and easy wins lie. It can succumb to what is know in neuroscience as ‘the relativity trap’, whereby we demonstrate a tendency we to compare and contrast only a limited set of items, rather than search for more wide-ranging alternatives.

Obvious is great at getting things done efficiently without wasting mental energy, but if it’s pretty obvious to you, then you can be sure it’s going to be obvious for your competition too. 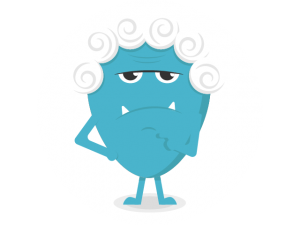 The eternal critic. Judgement will try to make sure you never look foolish or make mistakes.

Judgement is fanatical about always making the right decisions. It is concerned about losing time and resources and subsequently takes a no-nonsense line. Its job is to weed out the wrong answers and bad ideas before they cause disruption or damage.

Most innovative ideas are fragile. They don’t usually seem logical at first because they don’t fall in line with an existing approach. As soon as something new is put forward, Judgement will instantly compare it to what’s come before and find reason to reject it if it doesn’t fit the existing logic.

Judgement controls your amygdala, the alarm centre of your brain, and devotes the majority of its neural activity to scanning for negatives. In neuroscience, this is called a ‘negativity bias’, where we perceive negative information as being more important to act on. Judgement makes it far easier to criticise than invent and this prevents you from spotting useful concepts within flawed ideas.

More than that, Judgement has a reputation of credibility to uphold and needs to justify any uncertainties by reasoning with watertight logic. In neuroscience terms, Judgement has an ‘overconfidence bias’, where the more expert it believes it is, the more convincing it is going to take to do otherwise.

When Judgement has its say too early in the creative process, it closes down exploration of alternatives and you miss out on potential new connections and hidden strengths in ideas that need development and could be brilliant. 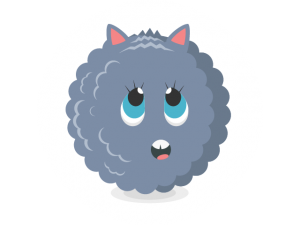 The herd mentality. Your brain’s way of sticking with others to ensure you are doing what is socially acceptable.

Follower is a social conformist. It protects you from doing anything too embarrassing or unsafe. It maintains a social barometer on what are the most acceptable actions and goes with the flow of everyone else, which can often be the majority or the most authoritative voice.

In neuroscience, this is known as the ‘bandwagon effect’, where the probability of adopting a belief increases with the number of people in the group. Follower also acts on what’s know as a ‘confirmation bias’, where we tend to predominantly listen to information that confirms our own beliefs and are put off by individuals, groups, and news sources that make us feel uncomfortable.

Being part of the herd means that Follower is unlikely to stick its neck out for fear of being put on the spot and exposed. It’s important for Follower to meet the expectations and approval of others. As such, it will tend to avoid conflict and suggestions that might rock the boat.

When Follower is motivated to discover new approaches, it will go off in search of possible solutions but will unfortunately lack the courage to alter or expand on them in any radical way. It’s a case of better safe than sorry. This stifles the ambition to break from the comfort of the herd and go off in search of other solutions.

Its favourite position is firmly on the fence. If someone else is doing it, it’s got to be a safe bet. As such, Follower simply rolls along without actively stopping to look for new answers. This is safety in numbers but great ideas don’t emanate from the masses, they are born through the people that look the other way to the herd.

Ultimately, the Follower habit results in getting along but not necessarily moving things along.

Your brain’s conformist. Obedience ensures you stick to the rules so you don’t experience any unknown consequences.

Obedience’s duty is to serve and obey. It recognises there needs to be a certain amount or order and conformity to prevent the onset of chaos. As such, it will do its utmost to uphold the rules- even the unwritten ones. Obedience ensures it’s very easy to stick with what we’re given without questioning. In neuroscience, this is known as a ‘zero-risk bias’, where our brains crave certainty and fear unknown consequences.

Obedience also hates dealing with too much complexity so it creates assumptions to simplify thinking and create mental shortcuts that don’t need to be questioned continually. In neuroscience terms, an ‘availability bias’ creates a tendency to make estimates and assumptions based on what is most easily remembered. Such a thinking bias can generate unwritten rules and preconceptions. The trouble is, preconception is mental contraception!

Obedience can stop you from ever wondering if there might be a better way of achieving a result and will force you to simply knuckle down and accept the way things are. Questioning authority or assumptions is simply not in its nature. That creates barriers that keep us blind to other possibilities. 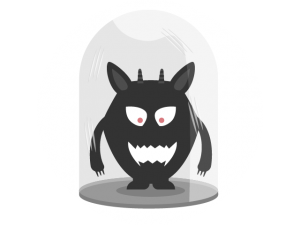 The voice inside your head. Gremlin is your irrational fear and doubt that erodes your confidence and prevents you from reaching your potential.

Gremlin is has always been there to protect you from uncomfortable actions and unknown consequences and does a good job of it most of the time. It stops you blurting out that inappropriate comment that is only funny in your head. It casts a safety net to keep you from going too far along a path without performing a health and safety checklist. It’s got your back.

However, Gremlin is also responsible for sucking up your confidence, stripping your courage and stealing your belief. It’s a bit of a hypochondriac; it plans for the worst and escalates the potential things that can go wrong, no matter how irrational. Gremlin will sometimes talk you out of it before you give it a shot. Even if you know you could do it, Gremlin will find some excuses to wriggle out of it.

It can also be a fierce bully and will have you convinced that you cannot achieve the results you want and to perhaps not even bother.

If you don’t regularly push yourself and explore the limits of your personal comfort zone, you will never silence Gremlin’s voice and you will give it freedom to wreak havoc in your mind.

Which Creature are you?

Now are you ready to explore which Creatures are most active in your mind? Take the Creatures of Habit Quiz and discover more about how your mind works.

Creatures of Habit diaries – Technology One