A diary passage written by the Creatures of Habit themselves…

We were invited to attend ISB‘s international Learning by Design conference.

To put ourselves into the mix, we dropped into the students’ very own conference. Here we found the students hard at work in groups, each tasked with inventing an idea that had a real social or environmental sustainable benefit. This was perfect for us to get stuck in to help out.

Because we like to do things a bit differently, we started by introducing ourselves through a game called post-it planes. Without giving the game away, the challenge was to make a plane out of a post it note then aim to land it in a target. Basically it’s not easy, plus with over 100 students, we were happy to create some chaos! By multiple attempts and learnings, each of us was able to highlight a core principle of how a certain creative mindset can overcome tough challenges.

Now that we were understood, we got to work on helping the students bring their ideas to life. We were able to help uncover creative insights such as:

Over the course of the conference we were involved in half-day creative mindset development sessions with teachers from all over the world. 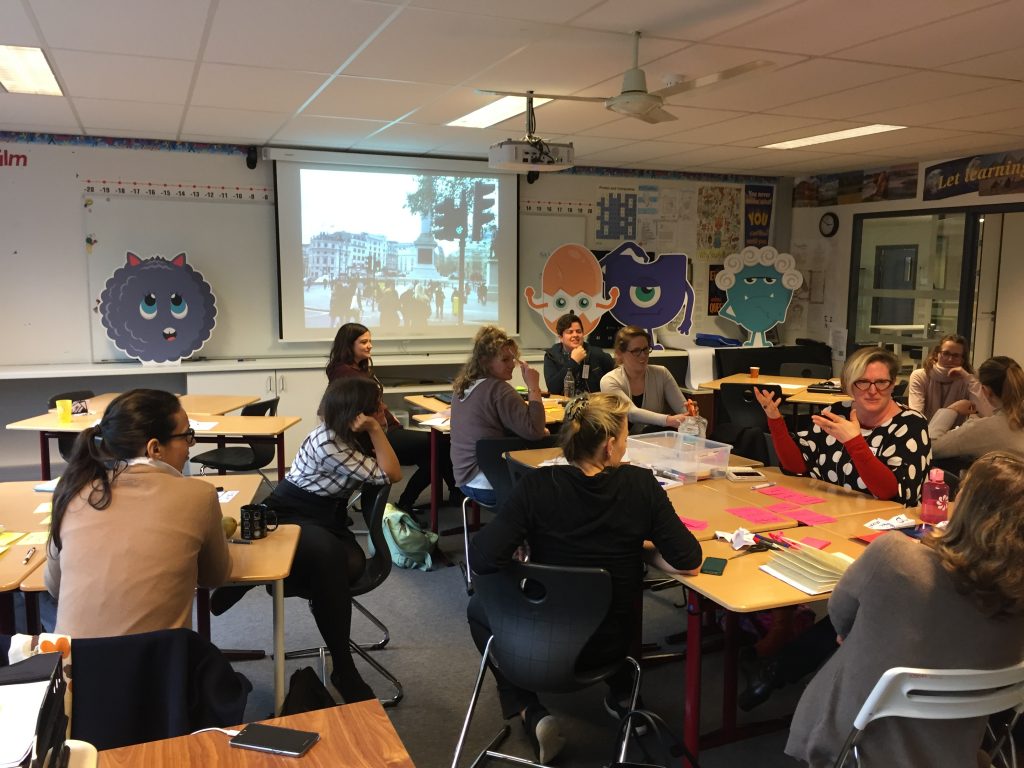 As ever, we introduced ourselves to the groups via interactive games and examples, which highlighted the importance of each of us Creatures in how people think and make decisions (and caused plenty of laughter!).

Our main goal was to get the teachers to experience our way of thinking for themselves. To do this, we got everyone into teams then asked each team to visit each of us Creatures of Habit in turn. With a challenge of ‘redesigning the classroom’, we set them loose.

We loved exploring such a range of ideas (some completely nutty) with the teachers. We heard all sorts of things in response to the challenge of redesigning the classroom. Here are just a few:

It makes all of us Creatures proud to create this shift in people’s minds and enable them to unleash their mental powers in ways they wouldn’t have done before.

The most important thing we wanted to leave behind was the ability for teachers to realise the times when us Creatures can limit their mindset and that of those around them. We were over the moon to hear from teachers how they felt more confident and empowered to be a part of a creative change and a more positive, innovative influence within the school.

All in all a wonderful experience and these are our take homes: