Often lose things under mountains of paper? Do you consider tidying overrated? Do you dread the judging eyes of an unexpected guest?

Creating a mess is most kids’ number one skill, but as adults, we’re led to believe untidiness is slothenly and unproductive. But before you get down to some serious scurryfunging, there might be a method to all that messiness.

Albert Einstein once quipped “If a cluttered desk is a sign of a cluttered mind, of what, then, is an empty desk a sign?”.

Mark Twain made sure his desk remained cluttered and chaotic when photographed. He wanted to prove the point that working on intellectual ideas is more important than worrying about trivial things like tidiness. 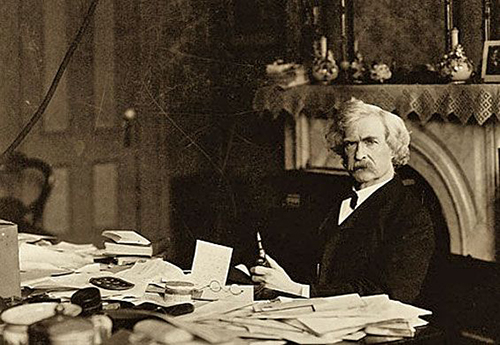 Einstein and Twain were famously messy puppies and I’m not sure anyone would class them as lazy or unproductive. The same goes for Edison, Jobs and a whole host of powerful creative minds.

Now science seems to have some answers as to why a messy workspace may be the sign of a more creative mind.

A study at the University of Minnesota took two groups of people and placed one in a clean room and another in messy room. They were then asked to come up with novel uses for a pingpong ball. Once time was up, both groups had a similar number of ideas but a panel of independent judges rated ideas from the messy group as significantly more interesting- in fact, 28% more creative.

And here’s the messy theory of Columbia Business School professor Eric Abrahamson: “Creativity is spurred when things that we tend not to organize in the same category come together. When you allow some messiness into a system, new combinations can result. If you keep all your tools in the tool shed and all your kitchen utensils in the kitchen, you might never think of using a kitchen utensil as a tool or vice-versa.”

This comes as good news. We can now ignore tidy propaganda such as this ‘designer’s’ desk… 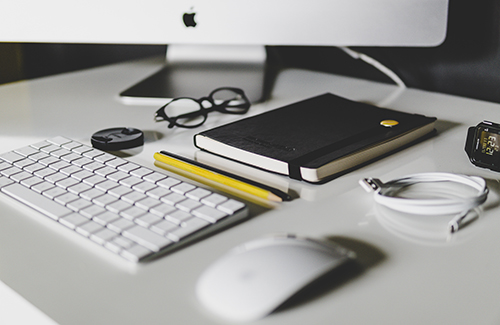 I’ve yet to meet a designer whose desk remotely resembles this level of organisation.

So here’s your permission to work your own way, however chaotic. Phew!

Creatures of Habit diaries – Technology One

Meet your Creatures of Habit